Home / Who We Are / Philip A. Mueller 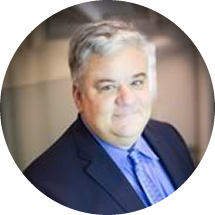 Philip Mueller became the Chief Operating Officer of the Alden Law Group in 2010. Prior to joining the firm he was a sole practitioner. Mr. Mueller worked primarily on business transactional matters and litigation, including franchise law. Mr. Mueller also represented veterans pro bono before the US Court of Veterans Appeals.

Mr. Mueller was admitted to the bar of Pennsylvania in 1993, and has been a member of the bars of the District of Columbia, Maryland and New York since 1994. He received his law degree from the Washington College of Law, American University, in 1993, where he was a staff member of the International Law Journal. While at law school Mr. Mueller was a Dean’s Fellow, researching and editing University Professor Nicholas Kittrie’s book, The War Against Authority: From the Crisis of Legitimacy to a New Social Order (1998), and other works. Mr. Mueller continued working for Dr. Kittrie following graduation.