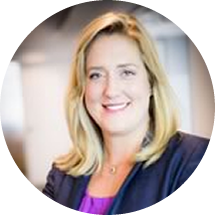 Kristin D. Alden is a skilled litigator and fierce advocate dedicated to protecting employees’ rights in the workplace. Kristin and her firm have fought tirelessly to enforce the laws prohibiting harassment and discrimination, to protect brave employees who speak up against wrongdoing, and to compel employers to accommodate employees’ medical needs and pay them the wages they earn.

Kristin manages the firm’s practice while also representing its clients from virtually every workplace – the federal government, local government, corporations, and non-profits. Kristin has counseled and represented thousands of employees in claims against their current and former employers in court and before federal and local agencies charged with protecting civil rights in the workplace, including the D.C. Office of Human Rights, D.C. Office of Employee Appeals, D.C. Office of Administrative Hearings, Foreign Service Grievance Board, the Congressional Office of Compliance, the U.S. Equal Employment Opportunity Commission (EEOC), the U.S. Merit Systems Protection Board (MSPB), the Office of Special Counsel (OSC), the Federal Labor Relations Authority (FLRA), the Federal Mediation and Conciliation Service (FMCS), the U.S. Department of Labor and local agencies in Virginia, DC and Maryland.

Kristin has been representing federal employees for over twenty-five years. Kristin is widely recognized as an expert in the field. Kristin has testified as an expert on federal sector matters in court and administrative proceedings and has provided written opinions. She been honored with recognition from Washingtonian’s Top 100 Lawyers, U.S. News & World Report/Best Lawyers, U.S. News & World Report/Best Law Firm, and Super Lawyers, and she is rated “AV Preeminent” for the “highest level of professional excellence” and is a Martindale Hubble Client Champion.

Kristin enjoys teaching continuing legal education classes, dozens of which have focused on the art of representing employees before the Merit Systems Protection Board, the Equal Employment Opportunity Commission, and the Office of the Special Counsel. She has been involved in local organizations, including the D.C. Bar where she served as the Vice Chair of the Bar's Continuing Legal Education (CLE) Committee following an extended term as a Member of the Committee. She was also deeply involved in the work of the D.C. Bar's Labor and Employment Section where she chaired and presented CLEs and other courses. Earlier in her career, she served as the Public Sector Chair of the D.C. Bar's Labor and Employment Section, where she prepared and presented programs on a variety of employment law topics. Kristin is also an active member of the National Employment Lawyers Association (NELA) and the Metropolitan Washington Employment Lawyers Association (MWELA).

Kristin received her J.D. in 1992 from the Washington College of Law of the American University and her B.A. from the Johns Hopkins University where, as an undergraduate, she attended its School of Advanced International Studies in Bologna, Italy. Kristin has been admitted to practice law in Virginia since 1992, followed by her admissions to the Bars of Maryland and the District of Columbia.

Below is a sampling of Kristin’s speaking engagements: